June 02, 2015
The word unforgiving is defined as conditions of harsh or hostile.  By this definition I consider track and field to be the most unforgiving sport.  That's clearly a bold statement, but believe me I have my data.  Despite how beautiful and simple the sport can seem on the surface, it's far more complex than the average person or even average athlete can ever understand.  Training and competing is painful, long, relentless, heartbreaking, meticulous, maniacal, and unpredictable.  It's a sport that is often decided on tenth's of seconds, and millimeters in height or distance.  Those minuscule measurements can be deciding factor in an entire season or even a career.  Track athletes train for months and years at a time out of the spot light of cameras and press, for a hand full of competitions each year.  One small falter can unravel all the hard work.  A season or career lives on a razor's edge.

My statement may be a bit unfair to other sports that are often decided by small margins as well, but I am going to convince you otherwise.  I know that you are all thinking that an entire season can come down to the last few seconds in all the Major Sports (football, basketball, soccer, baseball, hockey, etc), but that's the big difference. The season length and dynamic is completely different in track and field.  Professional football plays a 16 week regular season over 4 months plus playoffs, basketball plays 82 regular season games over 5 months plus playoffs, and baseball plays an ungodly 162 games over 6 months plus playoffs.  For most players and teams injury, illness, and luck all play into the final season outcome.  Players will be sidelined due to injury, or miss a game(s) with illness, but the overwhelming majority of those players that miss time return for the rest of the season or just in time for the playoffs, most are rarely out for the remainder of the season.  Hell often times players (especially older players) in basketball or baseball will willingly sit out games to help save themselves for the last few crucial regular season games or the playoffs.

Track and field has turned into a primarily exhibition sport.  Every meet, except the Olympics/World Championships or Olympic/World Championship Trials if an athlete is from a country that doesn’t select its teams, is optional. Therefore all track and field fans are basically watching practice or exhibitions the majority of the time.  There is no regular schedule of meets all athletes have to follow or agree upon.  For most people that miss those Olympic opportunities, a regular racing season may span just 3 or 4 months, but that most often means only 8-10 races in a season, of which only 3-4 may be looked at as races to peak (meaning that training cycles are geared towards just a select few races). Which is ironic because it’s this fact that can make the Olympics/World Championships so compelling. Four years of work, or in many cases a runner’s entire career, comes down to one or two races held once every four years.  Couple that with match ups between rivals who have successfully dodged each other all season or for multiple season (Coe v Ovett, Gatlin v Bolt, etc...).  Compare that to other sports, where most teams play each other at least once and every season concludes in a championship at the end of a regular season.  So that's a shot once a year.  But for track and field athletes these moments only happen once every 4 years.

To me the most unforgiving aspect of running is that so many of us can be victims of our own work ethic.  Running to much or too hard or too often, will often be counter productive to success. You don't hear basketball players saying they shot too many shots, football players saying they caught too many passes or ran too many routes, golfers saying they took too many putts, soccer players working too much on their balls skills, etc...  As a distance runner you walk a very fine edge between peak fitness and over training.  We all live by our work ethic.  You will hardly ever meet an elite distance runner that doesn't think that they are outworking their competition.  Most of us have this internal drive to work hard and push our bodies' to their physical and mental limits to achieve our goals.  Running also requires periodized prep work to prepare the body to handle the rigors of a racing season and performing at 100% on race day.  Peak performance in track and field can't be faked or shortened.  In most instances (occasionally freak things happen) the right amount of time must be spent in each phase of training, so even an injury or illness in any of the phases can set back all the remaining phases and timing.  That's also why the important races and build up can be so unforgiving, it can all be derailed by so many different variables.  And once you are out, you can't just jump back out on the field or court and be game ready in a few days or weeks.

As much as I hate it and as many times as I have been on the bad sad of those unforgiving circumstances in track and field,  I wouldn't have it any other way.  I feel that athletes in other sports don't appreciate their sport the same way that track and field athletes do.  When you have struggled and fallen you truly appreciate (and often loath) the great performances of your peers and athletes around the world.  We have a much better understanding of everything it takes for great performances to happen and how rare and challenging those pinnacles are to ascend.  It may be unforgiving but I wouldn't change a damn thing about it.  I love our sport being different and misunderstood!  If it was easy and like everything else, everyone would want to join....  I challenge anyone to prove me wrong in the comments section.

All Hope is Gone! 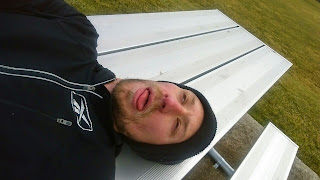 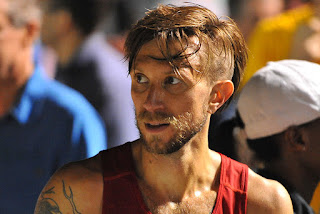 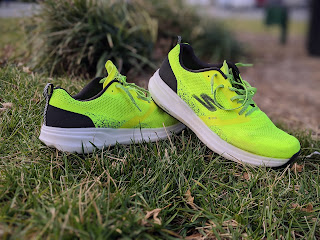